The Future Revolutions in Central and Eastern Europe

The publication “The Future Revolutions in Central and Eastern Europe” represents the collection of views of experts from the different field of expertise – foreign and security policy, migration, political science, history and information warfare. The id

Politicization in the natural gas sector in South-Eastern Europe: Thing of the past or vivid present?

Challenges and opportunities of natural gas market integration in the Danube Region. The South-west and South-east of the region as focal points for future development 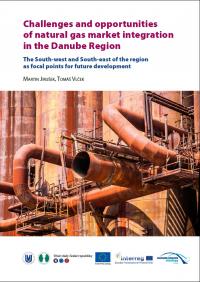 The Decline of the Big Five

Analysis of the signs indicating, that the privileged position of the Big Five is no longer accepted without reserves.

The way Israel claims Jerusalem, which is by the majority of the international community considered to be the capital of both states. Critical examination of the arguments of the Trump administration for relocating the US embassy from Tel Aviv to Jerusale

The American President Donald Trump and “The Worst” Deal

The Russian Su-57 and the ‘Fifth-Generation’ Challenge

Moscow’s new ‘fifth-generation’ fighter project is an over-priced and under-competitive counterpart to US and Chinese designs, but it raises policy questions for Europe

The aim of this paper is to identify the enduring principles at the basis of Russian military thought, offering an alternative to the contemporary analytical mainstream – which deems Moscow’s military behavior to be revolutionary and unprecedented.

The Antall József Knowledge Centre, in cooperation with the Permanent Representation of Hungary to the European Union, organises an ambassadors’ discussion and book launch in celebration of the 15th anniversary of the V4 countries’ European integration.

Here We Come! - Conference on Talent Management and Youth Perspectives in the Western Balkans

The conference, organised by the Antall József Knowledge Centre in cooperation with the Wilfried Martens Centre for European Studies, will discuss the current challenges of young generations and the future of innovation and entrepreneurship in the Western

The Antall József Summer School is a two-week educational programme focusing on the most pivotal cooperation of the Central European region, the Visegrad Cooperation.

Wars in the Middle East

The Prague Centre for Transatlantic Relations of the CEVRO Institute (PCTR) in cooperation with International Institute for Counter-Terrorism (ICT) invite you to a public debate called “Wars in the Middle East”. The event will take place on February 22, 2

Motivated young professionals with leadership potential whose professional activities are related to the main topics of the conference.

We are going to Mars! No need to rush.

Recent efforts and activities aimed at Mars exploration suggest that such ambitions are getting closer and closer to reality. Setting up too ambitious technological goals and too tight schedules can, however, do more harm than good. It is necessary to kee

Referendum on the refugee quotas in Hungary – protection of sovereignty or much ado about nothing?

The migration crisis has stirred up political debates within the EU and its member states regarding not only possible solutions, but also about the future of the organisation. The first shock has come in the form of the Brexit referendum, the second one c

Rather than deploying ground forces on its Eastern flank, the Alliance needs to embrace more sophisticated deterrence measures to dissuade Russia from its disruptive activities. NATO can do this through increased emphasis on resilience, but it must ensure