Ivana Smoleňová is IRSEC Hub's Manager and Co-creator. Ms. Smoleňová also works as Communications and Outreach Manager at the Prague Security Studies Institute where she is responsible for PSSI’s public relations, Alumni Program and PSSI's outreach projects. Ms. Smoleňová’s academic interests primarily include business economics, Russia's use of soft power and pro-Russian Disinformation campaign in the Czech Republic and Slovakia. In 2011, she spent three months in Nepal, where she engaged in teaching and development activities at a local
...more 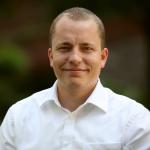 Petr Lang is Program Director of the Prague Security Studies Institute. Mr. Lang had been working as PSSI’s Program Coordinator since 2006. He has been involved in coordination, planning and implementation of all PSSI’s programs, and worked closely with Olda Černý, PSSI’s late Executive Director.  Mr. Lang has, to date, focused on energy security, breaking geopolitical developments and the nexus of global economics and national security concerns. He has also coordinated major events in a number of other policy areas (e.g missile defense, space security
...more

Jakub Tomášek is IRSEC Hub's social media coordinator and project assistant at PSSI, having previously worked as a research intern at the Humanitarian Policy Network of the Overseas Development Institute in London and the Institute of International Relations in Prague. He holds a BScEcon in European politics from the Aberystwyth University and is now pursuing his MSc in Globalization and Development at SOAS in London. His research interests include political economy of development.
...more 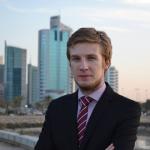 Lukáš Lukačovič is a Project Assistant at PSSI mainly working on the IRSEC Hub initiative. He is also an intern at the Czech Development Agency (CDA), where he assists with the B2B projects. Moreover, he is currently engaged in the academic project „Regional Academy on the United Nations“, where he studies the question of distinguishing between terrorist and non-state armed groups in Central Africa. For a number of years he has been an active member and coordinator of a student organisation Junior Diplomat Inititative (JDI), which is based in Prague at the Faculty of
...more