Europe, Israel and the Challenge of Radical Islam 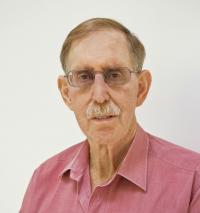 Lecture by Dr. Dan Schueftan, Director of the National Security Studies Center at the University of Haifa with introductory remarks by H.E. Gary Koren, Ambasador of Israel.

The rise of radical Islam presents a challenge for the Middle East as well as Europe. Dr. Dan Schueftan explains what drives the radicalisation of Muslims and indicates the recurrent frustrations in the MENA region. He also offers valuable insight into Israel's relations and shared interests with other countries in the region and highlights policy dilemmas in Europe.

Dr. Dan Schueftan is the Director of the National Security Studies Center at the University of Haifa, the Director of the International Graduate Program in National Security at that university, a Visiting Professor (2012-2014) at the Department of Government at Georgetown University in Washington DC and a lecturer at the Israel Defense Forces National Defense College. For the last four decades he has been a consultant to Israeli decision makers and to the top echelon of Israel's Prime Minister's Office, Foreign Ministry, Defense Ministry, the IDF and the National Security Council.
Since the mid-1970s Dr. Schueftan has been briefing members and staffers of the US Congress, as well as top professionals and key political appointees in the executive branch. In Europe he has been briefing ministers, parliamentarians, political leaders, senior officers, defense and intelligence officials and government advisors. He regularly lectures at leading universities, research centers and think-tanks in the United States, Europe and East Asia and is a regular source and interviewee on the Middle East for the major media in Israel, the Arab world, Europe, and North America.